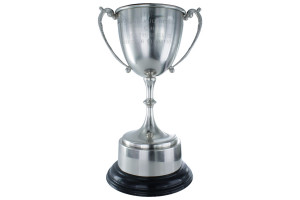 At the 2014 AGM The members of the club wished to express their thanks for the many years of service that Stan Johnson has devoted to keeping the interest in the club alive, often it’s the case that trophies are created in memory of some that has departed but we decided it would be more fitting if Stan was still around to try to win it. The Trophy will be awarded to the winner of the internal club championship competition . In the 2014 season it has attracted 20 entries .  The players are divided into 4 groups . The winner of each group will then play in a knockout competition .Standard league rules apply and the games will be submitted for grading.

Internal competitions had not been played within the club for at least 17 years , mainly due to the lack of members but this year we have managed to create a resurgence of interest.

The first Winner of the Trophy is Paul Bielby .